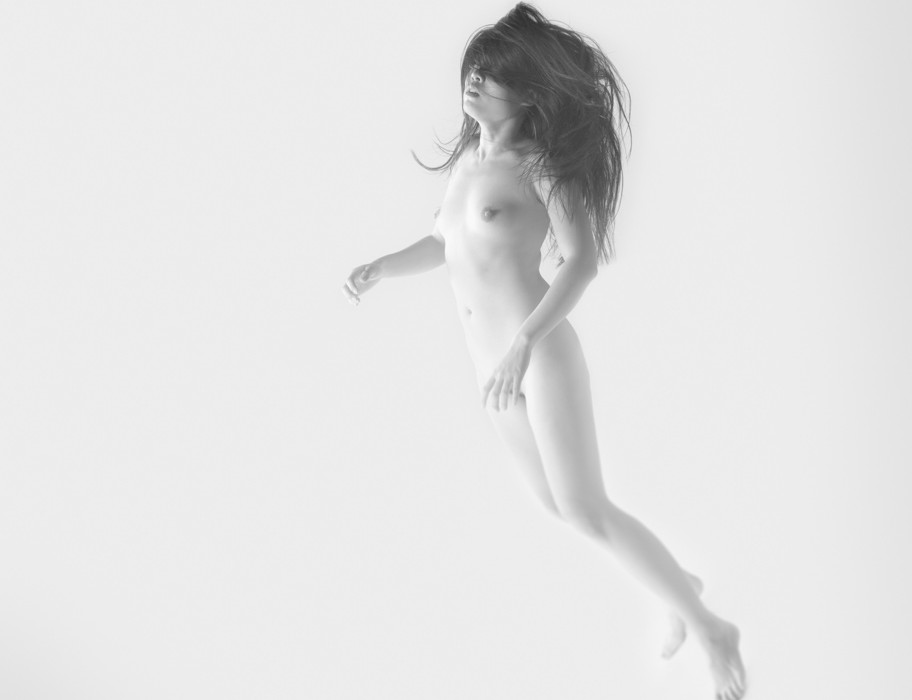 I’ve been working on a new nude series this year called Dream Away. The images are light, floaty, dreamy if you will, and capture a certain otherworldly spirit. These started off as an ethereal vision that I had floating in my mind, something that I wanted to materialize. I was also drawn to it as it seemed like a project I could mull over, shoot a few sessions, play with it a bit, shoot more — something that I could both explore different facets of, while refining a core thread of the series. Already I have a decent idea of a concrete variant that may become it’s own series to develop.

Part of the inspiration for the series was to approach them much in the same way as a pencil sketch — focusing on an interesting form, developing strong lines, and letting other elements go. The technical approach is more subtractive that additive, in that I begin with a full figure and reduce it to the core spirit. This is augmented by the use of blur to let certain elements go, while employing careful dodging of the image to continue to draw the eye in.

The results are beginning to get some notice, and I’ll be showing one next month at ModernBook Gallery in SF as part of the APA SF Curator’s Voice show. I’ve already received a positive response on the series as a whole from the guys at MB and am looking forward to them possibly handling a few more pieces in the months to come.